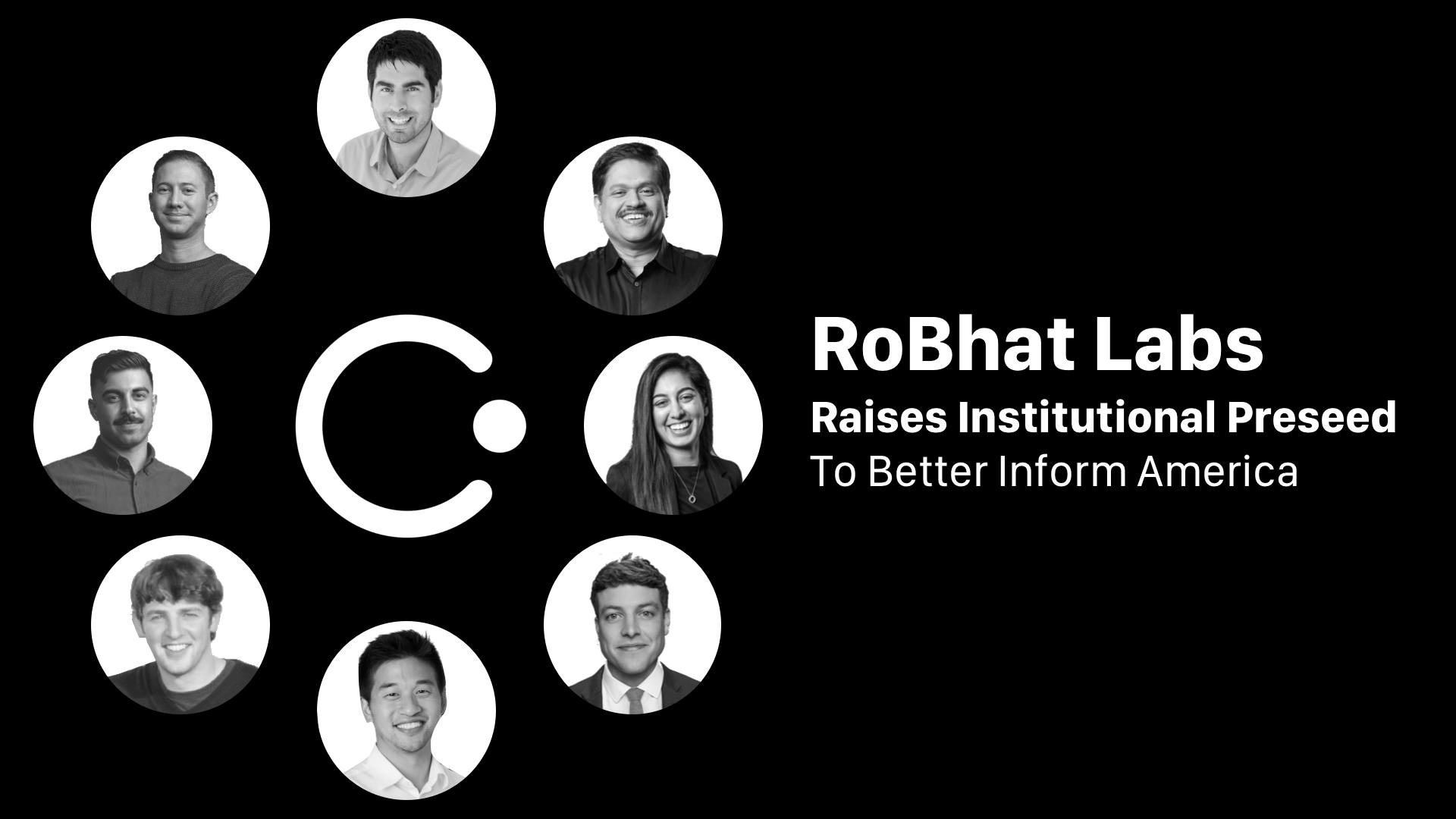 Leveling Up: RoBhat Labs has raised a preseed

Rohan and I started this company to help make a more perfect internet. We see a civic responsibility in the work we do & our mission for this first institutional round was to recruit an all-star team of consumer investors.

We started fundraising in late June. We pictured the process a little like dating – we were looking for the people we'd get along the best with & and help accelerate our journey in building Command.

On July 20th, I got to connect with Niko of General Catalyst. He'd been a supportive figure during our Botcheck days – being incredibly kind through a group called FreeVentures that we'd been a part of in college. Being a little older now & talking product – we realized very quickly that we wanted to work with him. We're grateful to call him the first investor for this round. Thank you Niko for your belief & support.

The next group we met were Ishani and Soma of Madrona. These two were helping us envision the future of the company in the very first call. Growing up by Cupertino, and then learning to code in the Bay vs Seattle hacker scene, the Microsoft thinking & Seattle connection is meaningful to us. Meeting Soma at Salesforce Park sealed the deal for us – the kindness and thoughtfulness is special and we're excited for the diversity in perspectives Madrona will bring.

In parallel, a friend from my hacker years who was helping us with our pitch introduced us to Kevin Carter of Night Capital & SV Angel. Kevin introduced us to Brian Pokorny and Eddie Koai. As seasoned consumer investors & product thinkers, we're excited to have them on board as angel investors.

To complete the round is Jer and Cam of The House Fund, who helped us put together this round and wrote the first check into RoBhat Labs in 2018. The Berkeley ecosystem has been supportive of us through college and beyond & we're excited to make it one of the initial launching grounds for the upcoming Internet Oracle™.

We're thrilled with the team around the table. We're grateful for the trust and belief society has placed in us & will work to earn the opportunity we've been afforded. Thank you & onwards!